What is Tongue Tie? 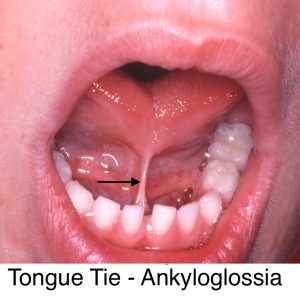 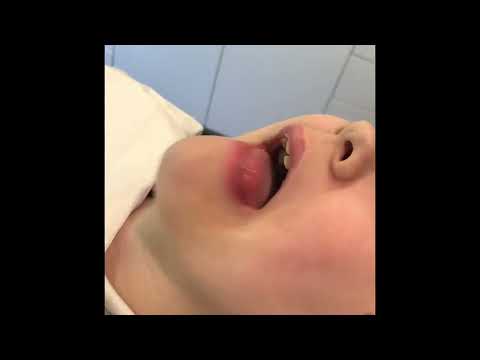 Growth and Development of the Jaws and Tongue Tie

The tongue plays a critical role in growth and development of the mouth buy putting pressure on the palate and dental arches. Tongue tie decreases this pressure and is associated with a small mouth, palate and dental arches. Tongue tie is usually seen in cases of crooked teeth and severe orthodontic problems. Tongue tie can cause problems with breastfeeding, speaking, and eating. Tongue tie is also associated with mouth breathing, teeth clenching and TMJ problems. When the tongue does not move properly the mouth does not grow as large as it should. Usually the palate does not widen enough and it is high-vaulted. A small palate is linked to poor nasal breathing and upper airway resistance problems.

Small mouths, TMJ and orthodontic problems are best treated with a combination of palatal expanders, myofunctional therapy and breathing exercises. Posture is often compromised and a chiropractor or physical therapist may be helpful.

Tied tongue can also lead to issues with oral hygiene, as the tongue may not be able to reach all parts of the mouth to clean it properly. In some cases, tongue tie may be corrected with a simple procedure to release the frenulum, which is called a frenotomy. In most cases myofunctional therapy will be necessary to restore proper tongue posture and function.

Other articles about Myofunctional Therapy:

Treatment for tongue tie may involve a simple procedure called a frenectomy. Frenectomies involve releasing the frenulum to allow the tongue to move more freely. This procedure is usually performed by a dentist or lactation consultant and can be done in the dentists office. Frenectomies are usually performed with a laser and hurt very little and cause minimal bleeding. 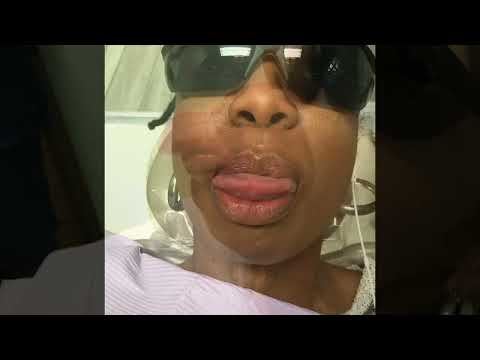 It’s important to note that not all cases of tongue tie require treatment, and some children may not experience any problems as a result of their tongue tie. However, if tongue tie is causing problems with breastfeeding, speaking, or eating, treatment may be necessary to improve the child’s quality of life. Additionally tongue tie can lead to crowded and crooked teeth and severe orthodontic problems. The tongue also plays a role in growth and development of the mouth and nasal passageways. Untying the tongue is part of palatal expansion treatment in adults and kids who have TMJ problems, airway resistance and mouth breathing issues.

The most popular palatal expanders for adults are the DNA appliance and Homeoblock device.

Tongue Tie Procedure Before and After

In conclusion, tongue tie is a condition that affects the movement of the tongue and is present at birth. It can cause problems with breastfeeding, speaking, and eating, and may be corrected with a simple procedure called a frenotomy. While not all cases of tongue tie require treatment, it is important to address any issues that may be affecting a child’s quality of life.